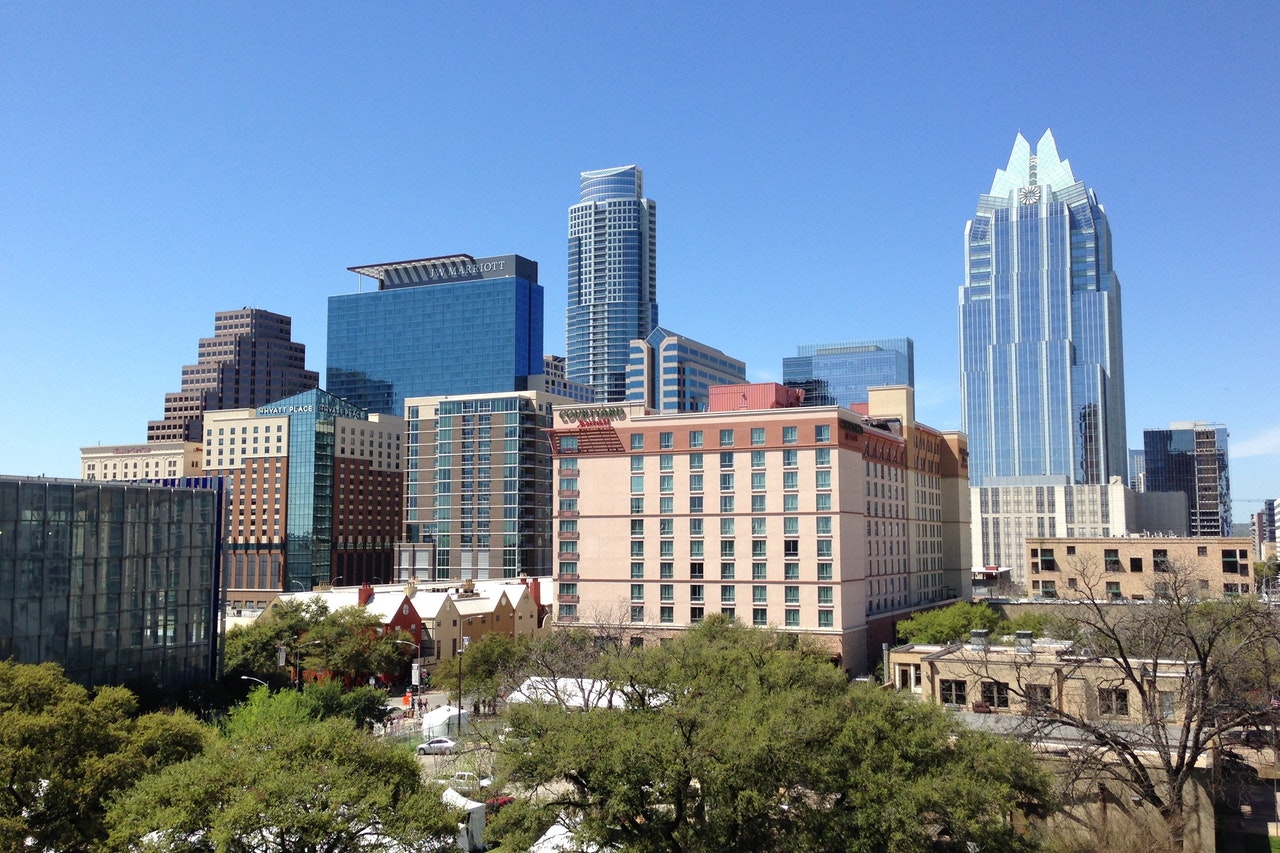 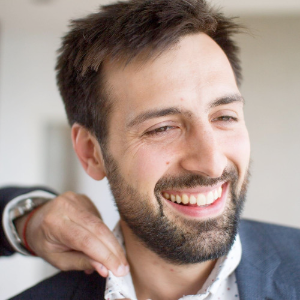 In these trying times, a huge number of people are struggling to achieve financial security and save for the future. But in many major cities, the cost of living is getting increasingly high, making it hard to find a balance between work and play.

Luckily, there are still countless cities in the US that offer a great quality of life combined with a low cost of living. Whether you’re looking to take your first job in the US or even get on the housing ladder, it’s worth looking further afield than New York or San Francisco to some of the other lively, green and unbelievably cheap cities across the country.

Here at Sable we’ve done some digging and created a list of the eight best affordable US cities to live in in 2021. From bustling tech hubs to historic mountain towns, one of these undiscovered gems could well be your new forever-home.

If you’re looking for gorgeous weather, leafy waterways and a city that combines the best of the US with a healthy dose of Mexican fiesta-spirit, then San Antonio could be the city for you.

Just over an hour’s drive from trendy Austin, San Antonio is home to young, creative residents and up-and-coming neighbourhoods – but its residents are also rightfully proud of its vibrant history. Every year, they celebrate the Battle of the Alamo – a key battle that secured Texas’ liberation from Mexico – with a bombastic 11-day festival known as the Fiesta San Antonio. Of course, 200 years later, the city still boasts numerous Mexican eateries, a Mexican food market and a largely bilingual population.

With large corporations like Valero Energy and USAA housed in the city, there are plenty of opportunities to find work in San Antonio. And with a cost of living around 14% lower than the national average, you can afford to head out and enjoy a few tacos and caipirinhas every now and again.

Known for some time for being one of the cheapest US cities to live in, word is only just starting to spread that Fort Wayne also offers a great quality of life. Just a short distance from other urban hubs like Chicago and Detroit, Indiana’s second-largest city has a homely, community vibe that makes it a favourite for families looking to settle down.

In 2017, Fort Wayne was voted the 1# best city for raising a family, while Reader’s Digest has recently touted it as one of the best US cities to move to (before it gets too crowded). If you’re looking to get on the housing ladder, too, Fort Wayne happens to be one of the cheapest US cities for millennials to buy a home. Our recommendation? Get in fast before everyone else finds out!

Chattanooga is not just one of the most affordable US cities to live in right now – it also happens to be an absolute paradise for lovers of the outdoors. Nestled at the base of the Appalachian Mountains and along the Tennessee River, the stunning natural landscape is ideal for adrenaline junkies of all types, from mountain bikers and hikers to white-water rafters and rock climbers.

More recently, the city’s become a prime destination for young professionals who are drawn to its great cuisine, bustling art scene and low cost of living. In fact, as one of the cheapest US cities to live in, Chattanooga recently made it onto MagnifyMoney’s list of the best cities to be young and broke. Just bring some hiking boots and you’ll never get bored.

Playfully known as the Magic City for its rapid growth in the early 20th century, the historic city of Birmingham remains one of the most affordable US cities to live in. With median rent coming in at just $797 per month – around $150 lower than the national average – and average house prices of $89,000, it’s a brilliant place to start saving or get a foot on the career ladder.

With great weather year-round and an endless array of museums, parks and gardens, Birmingham also offers a great quality of life and the ideal environment for families.

The people who grew up in Cedar Rapids are very proud of their town, and not just because it’s one of the cheapest US cities around. To residents of the town, Cedar Rapids is the “City of Five Seasons”, because the leisurely pace of life seems to give them a whole extra season in which to enjoy the other four.

With barely more than 120,000 people living there, you get the feeling that this charming little town could definitely be somewhere where everybody knows your name. So if you’d like to take a step back, enjoy the small pleasures and get to know your local butcher, baker and candlestick maker, then Cedar Rapids could be the place for you.

For those looking for their next career move, Oklahoma City is that increasingly rare and wonderful thing: a city with a booming economy, high wages and an affordable cost of living to boot.

Not only is this southern gem one of the cheapest US cities, it also seems to be one of the happiest, with great infrastructure and a clean, green urban environment. In 2019, a resident survey showed that people living in Oklahoma City were among the most content in the US.

And that’s not all: in recent years, the city has also been ranked one of the best for jobs, best for outdoor spaces and best for millennials in the whole of the country. Oh, and it’s also one of the most romantic cities, too. What’s not to like?

Home to Liberty University, Lynchburg is a small college town with a low cost of living and a relaxed pace of life. If rolling mountains, historic buildings and bucketloads of culture are your thing, then you’ll be in your element here.

According to Moving Feedback, the cost of housing and healthcare is particularly low here, making it one of the most affordable US cities to move to in 2021. A word of warning to barflies, though: wine and beer tends to be a little more on the pricey side in Lynchburg. But with a cost of living of around 13% below the national average, we’re sure you’ll have enough cash left to enjoy a few glasses of your favourite tipple.

When it comes to tech hubs, it’s not all about California. As it turns out, you can live in one of the most affordable US cities while still carving out an incredible career at one of the start-up ‘unicorns’ of tomorrow.

With its breath-taking backdrop of mountains, Salt Lake City is now being termed the Silicon Slopes on account of its burgeoning tech scene. For winter sports aficionados, the city happens to be a mecca for snowboarders and skiers – but away from the slopes, you can also find world-class restaurants, a buzzing cultural scene and friendly, down-to-earth locals.

Planning a move to the US?

If so, you can set yourself up for success by getting a US dollar bank account with Sable right away. Even if you don’t have a Social Security Number yet, you can set up an account online in minutes with only your passport and US visa or green card. And if your dream is to get on the housing ladder in one of the affordable US cities on this list, Sable Card lets you start building your US credit score immediately. 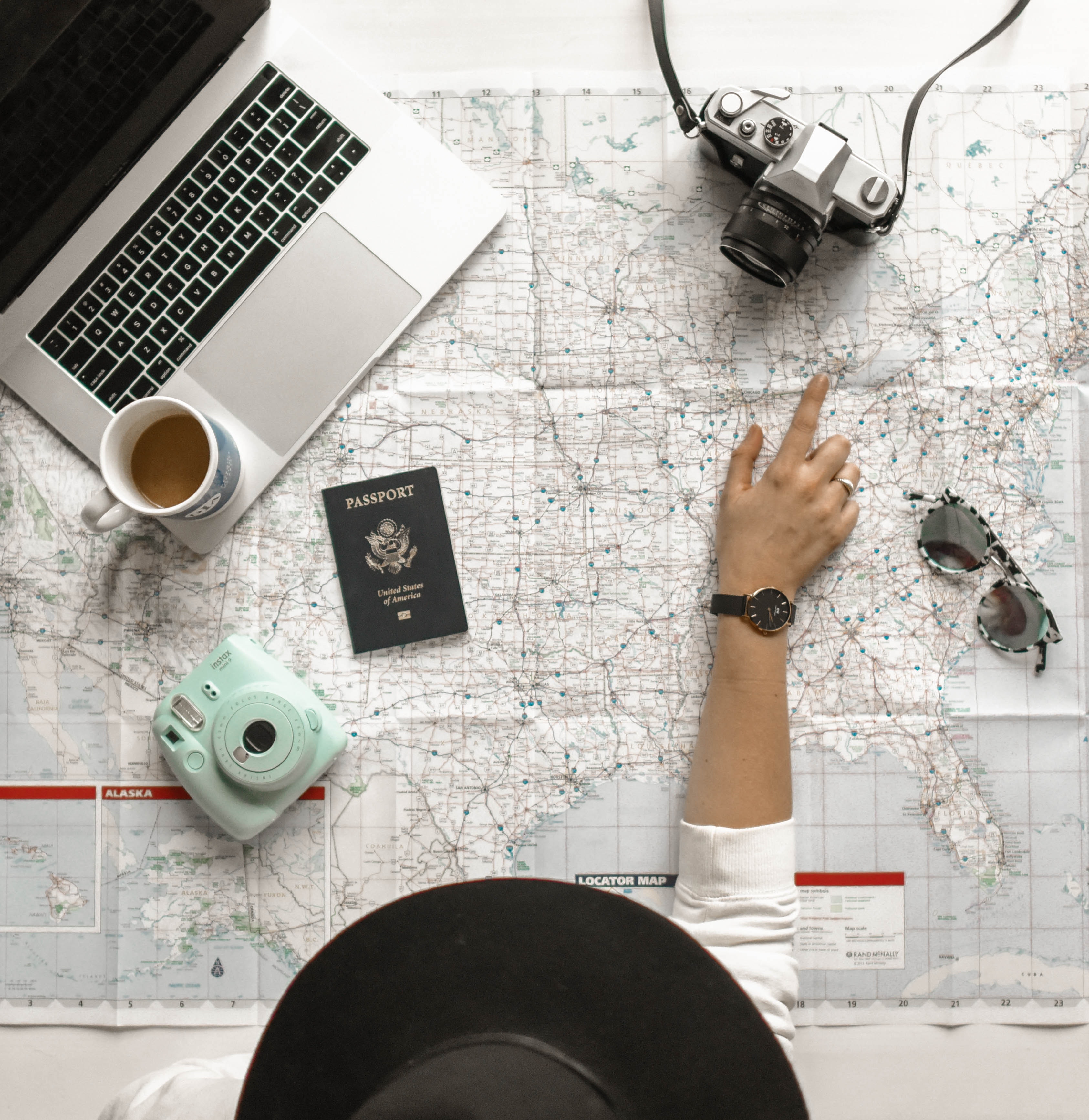 Coming to the US from China: The ultimate guide

Coming to the US from China: The ultimate guide 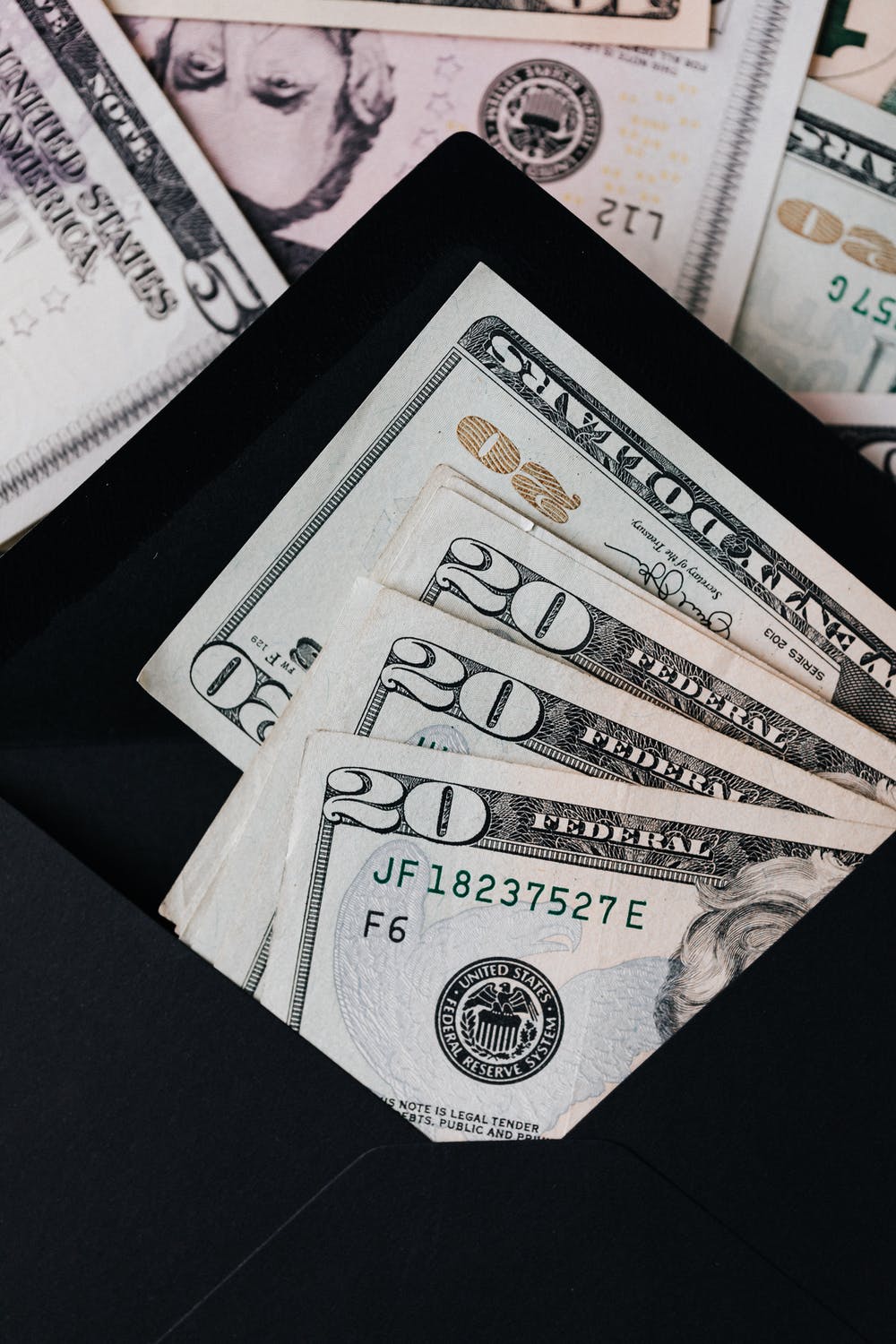 Managing your finances when studying abroad in the US

Managing your finances when studying abroad in the US 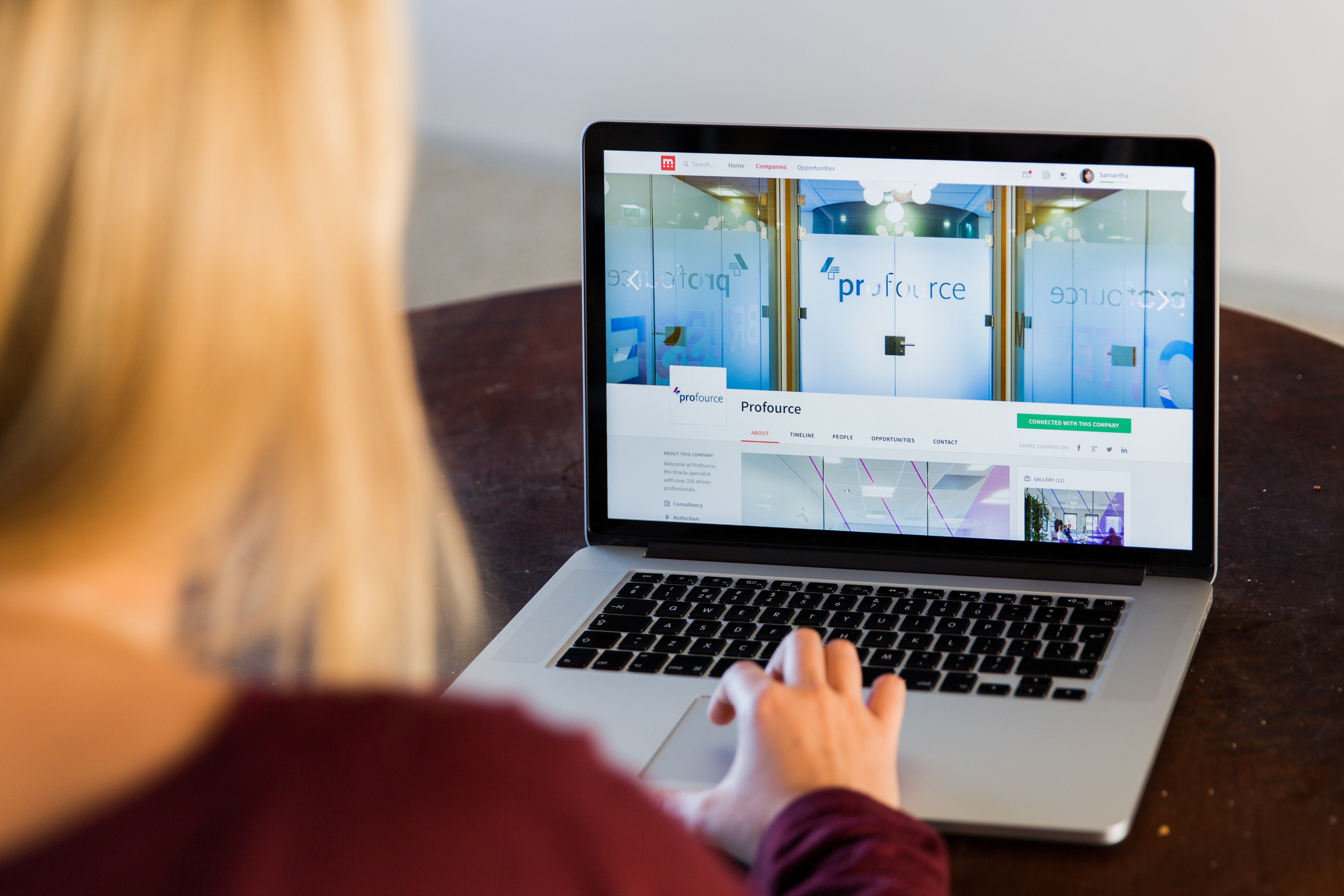 How to land your dream internship in the US

How to land your dream internship in the US